So I was on the hunt for a bit of a homesteading project and looking around at what we have already thought there has got to be something more we can do with the apples from our 4 trees (I laughingly call it an orchard but I am not sure there are enough to actually qualify for that lofty a term).  We occasionally buy apple cider vinegar for our chickens since reading last year that it can help with the respiratory illnesses chickens are so prone to and also generally will help to keep them healthy. It has to be the unfiltered kind (which would be the most expensive wouldn’t it?) to get the most benefits and as I was writing out our shopping list it dawned on me that it probably is something that we could, and should, be making ourselves.

And it turns out it is tasty, healthy, and ridiculously easy to make. I am so annoyed with myself for not doing this sooner! You can get a batch brewing in just a few minutes, and with a little stirring and lot of time, even the greenest DIYer can come through with some top-notch ACV. 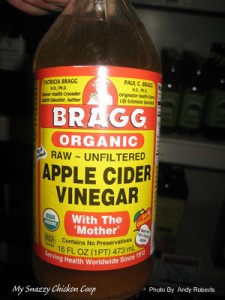 From now on we will be making our own…

So, here’s what you need.

The first step to making apple cider vinegar is to make some apple cider. Hard apple cider, actually, although I wouldn’t really recommend drinking it. Brewing ACV is a two-step process; first, the sugars naturally found in apples are converted to alcohol, which is then converted into acetic acid, which gives vinegar its, well, vinegar. Both steps take an awful lot of work – fortunately, you can delegate just about all of it to bacteria. A pack of friendly microorganisms do all the hard labor, you just have to set up a loving environment for them.

Here’s how (thanks to the Healthy Home Economist for the recipe): 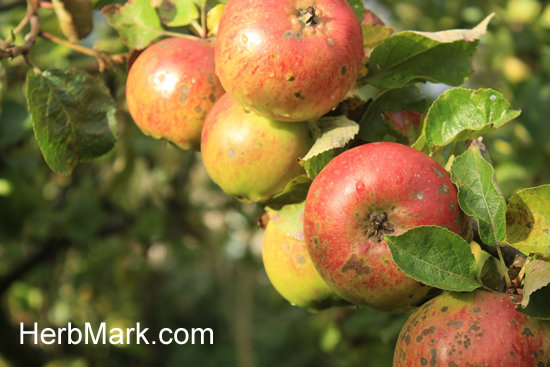 And then…wait. Leave the container someplace warm (attics in summer, water heater closets in winter), and let the bacteria do their thing. Gently stir the mixture once or twice per day. After a few days you’ll likely notice some bubbles forming on the surface of your concoction. It’s a good sign! Harmless carbon dioxide gas is a byproduct of fermentation, and just means you’re headed in the right direction.

After 2-3 weeks, you ought to be ready to head on the next stage. Retrieve your ACV-in-training; it’s time to give it a new home. Transfer your mixture to a clean glass jar or bottle, straining out all the apple bits as you do. Cover it as you did the first and then…wait again. Stow your container in a warm place, and wait 3-4 weeks while a new set of bacteria work their magic. Stirring isn’t necessary during this step, but feel free to check in and say hi. As you do, you might notice that your vinegar has developed a cobwebby film across its surface. This is, again, just a harmless bacterial byproduct. It’s called mother of vinegar, and can be easily strained out (or left in, if you think it looks appetizing).

After three weeks, feel free to start taste-testing. At this point, the conversion of alcohol to acid is an ongoing process, and it’s up to you to determine what percentage of V you want in your AC. And when you find that right balance, all you’ve got to do is strain, bottle, and…

Enjoy! Although we have so far only been using it for our chickens it apparently has a wide range of purported health benefits for people as well, ranging from weight loss to cancer prevention. Even if you’re the sort to take those claims with a grain of salt, you can’t say much against apple cider vinegar’s more culinary advantages. It’s famously wonderful in salad dressings, but also adds a bit of impact to soups (a new one on me). Apparently even surprising staples like clam chowder can benefit from a dash of ACV.

That’s the long and short of it – happy brewing! 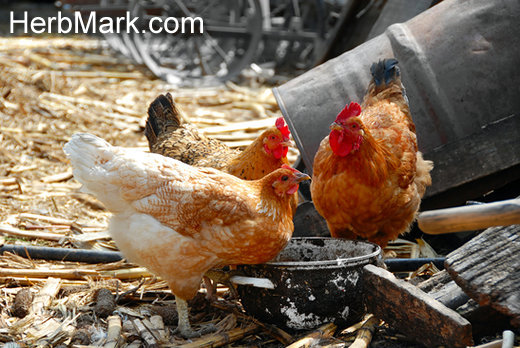 I often think that the average person looking through plant catalogues or strolling through nurseries must think, “how can anyone afford all of this?” Let me show you how even the poorest of us can afford a grand grocery store in our backyard.

Seeds are only $3.00 a pack right now at most nurseries or plant catalogues. Though it doesn’t seem like much, it really adds up. I went over my “wish-list” of plants and ended up spending an imaginary $763.98! So, I need to figure out how to get most of those plants, without spending a house payment to do it.

The first thing to do is to decide what seeds you can actually buy at the grocery store itself. I have had several prolific plants come right from the seeds I was going to throw away.

Tomato seeds are a little trickier, but if you obtain a couple good heirloom tomatoes from a local farmer’s market, put the seeds in a small cup with some of the tomato pulp inside and some water. Gently stir the tomato seeds once a day. After 10 days, the seeds and pulp will have fermented and the seeds are ready to be dried and stored for the next year. Simply rinse the seeds thoroughly, and dry them on a paper towel.

You know that large avocado seed you throw away? Simply plant it and be amazed at how quickly it grows! Corn, squashes, pumpkin, tomatoes, and even some types of fruit can be grown from grocery store finds. 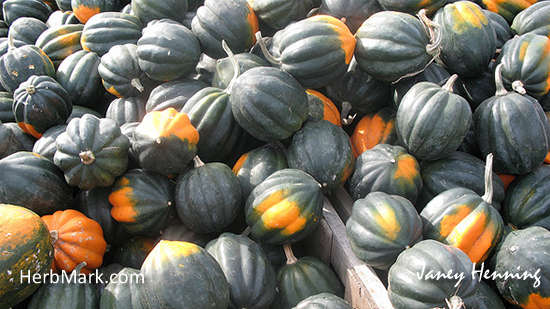 Another thing that can be done is to go to nurseries towards the end of the season. I remember in the classic self sufficiency book “Ten Acres Enough” the author wanted to buy some fruit (strawberries I think it was) but hadn’t enough money. It was the end of the season and after some discussion the seller agreed to give his remaining strawberry plants for a bargain price – well under the market value. After the deal was struck, the seller confessed that he would have destroyed the plants the next day. He needed to make room for the next new plant of the season. You can take advantage of the seasons as well. Go to nurseries in the fall to see what leftovers they might have. The plant might be half-dying, but it’s amazing what being planted in real soil does to a half-dying plant. I now have a great vine of grapes due to an end-of-season sale. It was half-dying and I bought it for $5.00. Talking of being thrifty if you are reading this in September have a look at the ultimate healthy living bundle with over 60 ebooks and courses including several gardening and homesteading ebooks, DIY natural remedies, essential oils and herbs, ‘real food’ recipes, fitness and child health topics, gluten free recipes, meal budgeting & planning, green cleaning and natural soap making and with the self-sufficient-life.com bonus you could also choose Ten Acres Enough on top of everything else.

Who was thriftier than the Pioneers and Native Americans of the 1800s? They ate from what nature already provided. They didn’t regularly pluck dandelions out of their lawns because it was considered a “weed”. They ate that dandelion. They used the leaves for a salad, chopped the roots, and, if they had some butter, sautéed the yellow bud. Also, dandelions’ tap roots draw up nutrients from deep underground and make them accessible to plants around them when they retire in the winter. Many so-called “weeds” are actually edible. I was walking around my garden with my Grandpa, who looked at a Lamb’s Quarters plant and said he used to eat it during the great depression. Take a look at what plants are natural in your yard and determine if it is truly a weed, or a fresh produce in disguise.

The last thought I have about being thrifty comes from a garage sale. I went to a garage sale and the woman had collected her rose moss seeds and was selling them for 50 cents a pack. I’ve also been to garage sales where hastas, raspberry plants, and house plants were being sold. This is a way to actually make money while trying out your edible landscape. A few people will buy seeds and plants from you, especially if you have some knowledge to go with it.

Edible Landscaping and a small amount of self-sustainability are realties that are available to anyone – regardless of paycheck. So get out there, buy some groceries, go to garage sales, and create a garden full of inexpensive nutrients. 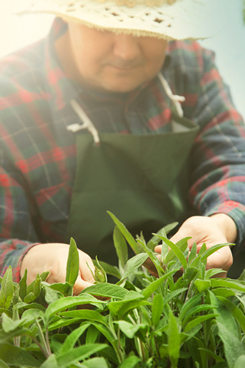